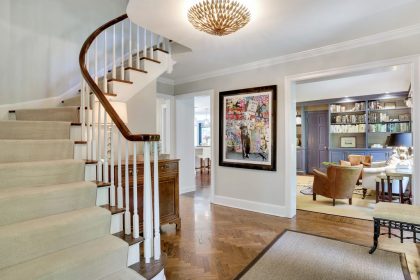 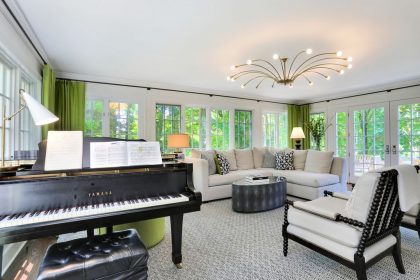 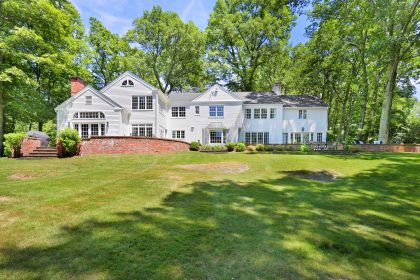 A couple moving from New York City to Greenwich, Connecticut purchased this three-acre property with the intention of renovating a basic colonial home, largely untouched since being built in 1952. The needs outlined in the client’s brief of requirements were many as the house was clearly dated in regard to living space, systems, finishes, and was completely devoid of aesthetically pleasing architectural detail.

With this information in hand and demolition of the existing home not an option, living space deficiencies were addressed via additions including a kitchen, breakfast room, and family room wing on the rear facing west side of the house and a two story wing consisting of a master bathroom and a closet suite with a sunroom below on the south end.

The existing house was stripped of all interior and exterior finishes, all windows removed and bathrooms gutted. The seven existing window openings of the centrally located entrance façade were adjusted for size to create a more pleasing proportion and hierarchy between floors. A majority of the existing window openings on the rear façade were completely reconfigured. In a nod to the historical, used brick veneer was installed over the entire length of the street façade and side elevations of both the new and existing portions of the home. Cedar clapboard was also installed over the entire rear façade, including the new additions.

To complete the reinvention of the home, a classically inspired portico was installed over the new front entrance landing. To the visitor who doesn’t know the history of the house, it appears as a well-executed brick home of a much earlier vintage. Soper Babcock Associates executed two follow-up projects on the property. We completed the master plan for the front and expansive rear terraces shortly after the original owners occupied the house, and designed a two-and-a-half story guest bedroom suite and garage wing on the north end of the home for the current owners. 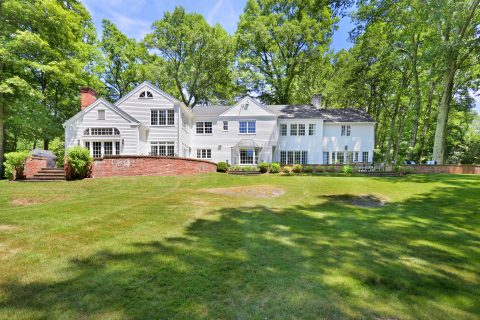